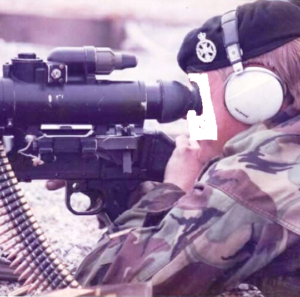 British Army and Regimental Snipers are so well trained.

Under no circumstances would they compromise themselves.

British Army Snipers
British Army snipers are typically found in the recce elements of a battalion in an infantry or armoured regiment. A sniper platoon deploys 2 sniper sections of 4 2-man teams as needed throughout the various companies within the battalion.

Sniper – Roles
On the battlefield, the sniper’s primary role is to scout out ahead of the main force and carry out reconnaissance and intelligence gathering while remaining undetected. They can also use their marksmanship skills to take out key enemy personnel. Such targets may include commanders, signallers and weapon systems operators.

Snipers may also support their battalion by providing overwatch / sniper cover, either during offensive operations or by guarding a base from attack.

A sniper may be called on to carry out counter-sniper missions i.e. hunting and neutralising their counterparts in an opposing force.

Some snipers undergoing training to allow them to call in and adjust indirect fires from artillery and mortars.

It is a highly specialised job and the role requires a high level of training and commitment. Snipers have to become masters at concealment, moving undetected, navigation, reconnaissance, observation and marksmanship.

Snipers work in 2-man teams, made up of a shooter, the No.1, armed with a long range precision rifle, and a spotter, the No.2. The spotter is usually the more experienced of the 2 and is in command of the team. He is responsible for planning routes, selecting targets and gauging shooting parameters such as windage, range to target, angle of shot, air density etc.

The sniper role has made a resurgence in recent times. Experience in Afghanistan has educated many a military commander on the value of having a sniper team along on an operation.

Sniper Equipment
The primary weapon of the British military sniper is the L115A3 Long Range Rifle. This is a bolt-action weapon, chambered in 338 Lapua Magnum (8.59mm), with an effective range out to 1.2 km. It employs a Schmidt & Bender 5-25×56 PM II 25x magnification day scope. This can be augmented with a Sniper Thermal Imaging Capability (STIC) night scope for low light level shooting.

Some sniper teams, such as those in Royal Marine Recce Troops, may also use the L121A1 Anti-Material Rifle, a .50 caliber weapon system that can take out key enemy equipment. This can also be fitted with a STIC thermal sight.

In some circumstances, such as when on the move, a sniper may carry an SA80a2 assault rifle. His sniper rifle may be carried in a drag bag slung over his back when on foot, or pulled behind him when crawling, only to be taken out when the sniper has reached a firing position.

The spotter may employ optics such such as a Mark 4 12-40x60mm Tactical Spotting Scope and a FTS Handheld Thermal Surveillance Sight. The team may carry Pyser GP 8×42 binoculars. To assist them in making adjustments before taking a shot, sniper teams may employ a hand-held weather meter, such as the Kestrel 3000 to measure wind speed, humidity, temperature and air density. A Vectronix PLRF Pocket Laser Range Finder or MOSKITO hand-held laser range finder may also be carried.

To aid in concealment, snipers may wear ghillie suits and other forms of covering. These are made from camouflaged materials that the sniper adapts so they blend in with any given environment. While sniper training courses teach snipers how to make and use full-body ghillie suits, it is common practise for snipers to wear smaller coverings such as ghillie capes, hats and shrouds.

If intending to stay at a fixed location for a long period, a sniper team may establish a hide by digging into the earth and covering the hide with camouflaged netting. Hides may also be constructed in an urban setting.

For other army cap badges, each battalion runs its own sniper selection cadre. Students who pass their unit’s SSC then attend the arduous Basic Sniper Course (Part 1) run by Sniper Division, Support Weapons School at the Infantry Battle School (IBS) at Brecon in Wales. This is a multi-week course that covers marksmanship. Students then return to their unit for Part 2, which covers field craft.

A qualified British Army sniper is eligible to wear insignia with a crossed rifles design and an ‘S’ between the barrels. The same insignia may be worn by ‘badged’ snipers in the Royal Marines and RAF Regiment.

Further training may be undergone at Sniper Wing, Direct Fire Support Division, Specialist Weapons School, Warminster via a Sniper Commanders Course. This 12 week advanced course teaches the command, planning and logistical skills needed for the role of Sniper Section Commander and Sniper Platoon Commander. The course includes Urban Operations, Counter Sniping, Command and Control and Tactical employment modules. They are also trained to act as instructors for their unit’s sniper cadres. The course is also open to Royal Marines and RAF Regiment snipers.

British snipers have made the news on several occasions:

In 2009 a sniper with 3 Scots, the Black Watch, took out a Taliban insurgent from more than 1500 meters away, the longest shot in the Afghanistan theatre at that time.
Scots sniper kills Taliban leader with longest shot
(The Express)

Later in 2009, Sgt Craig Harrisona sniper with the Blues and Royals (Royal Horse Guards and 1st Dragoons) took out 2 Taliban fighters from a distance of 2,475 meters, setting the world record.
The Longest Kill
(book written by Sgt Harrison)

In 2015 a Royal Marine sniper was identified as the ‘world’s deadliest’ with over 173 confirmed kills notched up during deployments to Afghanistan.
Royal Marine Sniper Is World’s Deadliest
(Elite UK Forces)