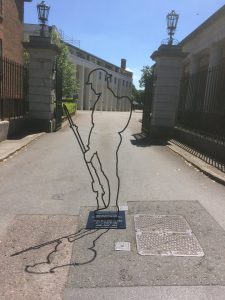 The Best Of The Best.

Still not sixteen, but I was on my way, how long this train would take, no one did say, I have no memory of being on a train before, yes, I had seen many, but to get on one, I had never opened the door.

A new life was about to begin, the old one had not been that good, but the new look promising, I was about to have a family, something in my life, that had been lacking, siblings I had, but for a decade, together we had not been living.

Back then, we were not hampered, by the fascist left, the liberal morons, who of brain matter and common sense, are so bereft, we were considered mature enough, to choose our life, even if tough.

So off to London, then way out west, to join a regiment, the elite of the elite, just plainly the best, I’m not good at doing as I’m told, but the Royal Green Jackets, allowed free thinking men, into their fold.

I walked through the gates and I felt at home, this is where I belonged, Winchester, a place, to me not known, but Lincoln green was in my blood, and Rifle Green, was full of history, and brotherhood.

First call, the barber’s shop, rear of the Naafi block, top of the stairs, stands a queue, old sweats, and boys like me, all of them new, no short back and sides, all off, including the top.

You had to be fit, just to march at regimental pace, faster than the rest put together, but it was never a race, basic training, tough for all, but your brothers needed to know, you would be there, should they call.

So much to take in, the first day is a blur, slept like a log, shouting and banging, in the morning, you forgot where you were, not for long, there was no time for that, up and at em, first bed pack.

At least this was not Bushfield camp, spider huts, cold and damp, not fit for man nor beast, but strangely felt like home, even if on the eye, it didn’t please, how many beds, in a hut did they squeeze.

Boys became men, a team of brothers, never to be alone again, shoulder to shoulder, forever to stand, your life for theirs, as brother a band, should you be called upon, failure, never an option.

Basic training, together we worked, to be the best there was, nothing did we shirk, passing out was not the end, rifleman yes, off to our battalion, now begins the real hard work.

There is so much that made us who we are, friends lost in places near home, and places far, we are still brothers, we are RGJ, no one can ever take that away, our blood is green, swift and bold, in our soul, for ever it will stay. 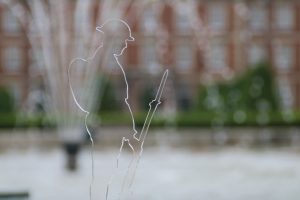 No musket for such a man, bold and brave, swift as only a Rifleman can, deadly is his aim, his Rifle, his psyche, his game, a chosen man, strong and fit, can march for miles at a pace, and still his target hit.

The best of the best, an elite of force, such a man of strength, not many can last the course, no others march at the same pace, to be swift, but without haste, a Rifleman’s aim, is still a straight ace.

Individuals of men, working as a team, not clockwork soldiers, never forgotten once seen, brave by choice, in battle, they hear histories voice, a Rifleman is a Rifleman, in their blood it runs, like those of the past, chosen ones.

There is a pride, that they can not hide, a Rifleman, best be on your side, history shows how brave they be, regiment and Riflemen in battle, honoured constantly, the bravest of the brave, to them, the VC.

Stoic, where others may fall, a Rifleman obstinacy, his pace and marksmanship shocks all, the action is where he will be, not just a soldier, a Rifleman is he, he serves his country with pride, a Rifleman with rifle, from which you can not hide.

Men of valour, men of strength, men of the Rifle, there is no pretence, skilled with the Rifle of the day, skilled as their forefathers, with their Rifles, they would love to play.

Over the years the Regiments change, a name is a name, but the history is the same, from the 95th to the Rifles of today, Rifle Green worn with pride, in celebration of the Rifleman inside.

Of the Black Mafia, runs the corridors of power, Riflemen have the skills, in rank to climb higher, innovators of thought, new tactics, training, man management sort, the skill of a Rifleman second to naught.

When music you hear fast of pace, men in green marching, proudly determined of face, Riflemen they will be, the elite of the elite, the best of the British Army, to all that have fallen in places afar, your name remembered, for Riflemen you are. 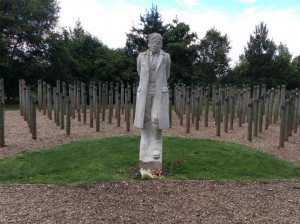 My eyes felt they were about to explode, the pressure in the air through my head did load, the sound wave blow out my eardrums, in my head I felt so numb, showered in dust and falling stone, in a hole on my own.

My hands held my head, I screamed out I’m still here,  not yet dead, then game another one, how much more of this could I take, or do I now begin to run, in bed I find myself, cold sweat bathed in the rays of a warm sun.

On leave but I don’t want to go back, I’m not a coward, whatever the meaning is of that, I don’t want to but I will, still seeing the faces of those I kill, there are those who depend on me, who I am, I can’t let them see.

On a cold morning tied to a post, a boy not a man, I see his ghost, World war one, a battle not won, too much for such a young man,  shot as a cowed before his life had yet begun.

Still little has changed, staffers in comfort see it as a game, not a hole in the grown, not the smell of death all around, not the never ending noise, someone in no man’s land, crying for help, totally ignored.

To close your eyes, see a screaming face and an out stretched hand, mud waste deep in no man’s land, many dead but not all, not able to help, but clearly you hear their call, the constant rain of falling shell, explosive sounds, a living hell.

The mind shuts down, and no one understands, mess tins together bang, you curl up on the ground, to some just a bit of fun, the final straw, and you run and run, no understanding, just an example out of you, cowardice in the face of the enemy, that won’t do.

Before dawn, you will never see the sun again; a blindfold of rag, over your eyes is drawn, against a wall or tied to a pole, boy or man, you will never get old, the disgrace is not yours, though they say it is so, the officer class, just love a show.

PTSD is nothing new, but still today, many more suffer than a few, you leave the war, but the battle doesn’t leave you, that screaming face you see today, fore ever in your dreams, and won’t go away.

No longer shot a dawn, but can’t find the help that you need, to be rid of those faces, it seems death is the only way to succeed, no long in a corner curled up in a ball, no more screaming, no pain at all, no more tomorrows, high on a building, all you need to do is fall. 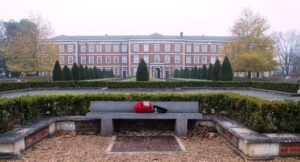 Photos by MEMORIAL AT PENINSULA LTD