A day in a Riot

C Company 2 RGJ during a 2 year tour of Londonderry early 70s. Rioting was more frightening than being involved in a shooting in some ways. CRACK CRACK CRACK and it may be as quick as that for a shooting incident (contact) with hopefully no casualties (in the early days we called shooters cowboys they were lousy shots and seldom hit what they fired at) but a riot was another thing all together. Some cities suffered here in England with the summer riots as they were called in 2011 or was it 2012? These riots were short lived minor scuffles with police here in England. A riot in early 71/72 in Londonderry was like a scene from a holocaust movie!! I don’t say that lightly either! We lived in a small car park known as the waterloo car park, at the end of the strand road and bottom of William St. We were only a short jogging distance from what was known as AGGRO CORNER!.

This was the starting point for almost all of the riots which turned into running battles, snatch squad attempts, shootings, petrol bombings, and nail and blast bombings! If my company was at the waterloo car park base on rotation of either city or enclave duties then you could rest assured that we were on AGGRO CORNER every evening and into early morning every single day/night!! The numbers of rioters involved ALWAYS scared me there were always thousands of them in every side street every alley every junction every street corner.

They had no shortage of ammunition to throw at us. AGGRO CORNER was the beginning of the area where BLOODY SUNDAY took place just in front of the Rossville flats! We would have our small macralon shields (after the metal police ones proved to be so useless) also the larger 6 foot macralon shields. We carried small fire extinguishers in our ammo pouches I think the ratio was 1 between every 2 or 3 men. We carried our respirators on our arm for speedier use, and we fired gas and rubber (as far as I recall) with no restrictions whatsoever! We stood in these streets for day after dreadful day, tired hurting and often hungry too.

The CQMS would leave the base with a small protection party and try to feed us and give us some tea (hay boxes in the early days) no tea bombs were around yet. Casualties would be taken to the rear of the macralon shields and were either treated on the spot (IF SERIOUS) or removed to base (IF VERY SERIOUS) by the medics! The riots would often have a short lull in fighting when Top of the Pops was about to start.

You could almost set your watch by this strange phenomenon! Cars would be burning and petrol bombs lit trails through the night sky blinding your night vision when they hit the floor/vehicles or the macralon wall between us and them! The noise of the human multitudes and the almost incessant steady bang of the baton guns and gas rounds and gas grenades fired from gas cups fitted to some rifles, was intense. It was madness in the extreme! When and if you were relieved and were allowed to get your weary body back to the car park you would sleep the sleep of the dead until it was again your turn in the line!! That’s what I recall as a day in a RIOT!

What was tour of duty in NI
A tour was not far off a year when you added all of the pre tour training, Special range work, terrorist recognition training, Vehicle driver training, Riot training, Int training, photography training, patrolling techniques, hearts and minds, lectures, and death by videos and slides of army restricted internal security films. 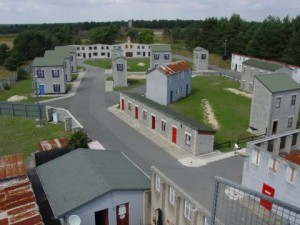 Then start all over again! Ahhhh the memories! PpFfTtttttt!