The Last Salute In a far field, away from England, lies A boy I friended with a care like love; All day the wide earth aches, the keen wind cries, The melancholy clouds drive on above. There, separate from him b 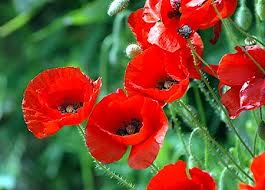 y a little span Two eagle cousins, generous, reckless, free, Two Grenfells, lie, and my boy is made man, One with these elder knights of chivalry. Boy, who expected not this dreadful day, Yet leaped, a soldier, at the sudden call, Drank as your fathers, deeper though than they, The soldier’s cup of anguish, blood, and gall. Not now as friend, but as a soldier, I Salute you fallen. For the soldier’s name Our greatest honour is, if worthily These wayward hearts assume and bear the same The Soldier’s is a name none recognise Saving his fellows. Deeds are all his flower. He lives, he toils, he suffers, and he dies, And if not vainly spent, this is his dower. The Soldier is the Martyr of a nation, Expresses but is subject to its will, His is the Pride ennobles Resignation As his the rebel Spirit-to-fulfil. Anonymous, he takes his country’s name, Becomes its blindest vassal – though its lord By force of arms-its shame is called his shame, As its the glory gathered by his sword. Lonely he is: he has nor friend nor lover, Sith in his body he is dedicate… His comrades only share his life and offer Their further deeds to one more heart oblate. Living, lie’s made an ‘Argument Beyond’ For others’ peace; but when hot wars have birth, For all his brothers’ safety he is bond

To Fate or Whatsoever sways this Earth. Dying, his mangled body, to inter it, He doth bequeath him into comrade hands, His soul he renders to some Captain Spirit That knows, admires, pities, and understands! All this you knew by that which doth reside Deeper than learning; by apprehension Of ancient, dark, and melancholy pride; You were a Soldier true and died as one!… All day the long wind cries, the clouds unroll, But to the cloud and wind I cry, ‘Be still!’ What need of comfort has the heroic soul? What soldier finds a soldier’s grave is chill?

Noon It is midday; the deep trench glares…. A buzz and blaze of flies…. The hot wind puffs the giddy airs…. The great sun rakes the skies. No sound in all the stagnant trench Where forty standing men Endure the sweat and grit and stench, Like cattle in a pen. Sometimes a sniper’s bullet whirs Or twangs the whining wire, Sometimes a soldier sighs and stirs As in hell’s frying fire. From out a high, cool cloud descends An aeroplane’s far moan, The sun strikes down, the thin cloud rends…. The black speck travels on. And sweating, dazed, isolate In the hot trench beneath, We bide the next shrewd move of fate Be it of life or death. 2. Night Bombardment Softly in the silence the evening rain descends…. The soft wind lifts the rain-mist, flurries it, and spends Itself in mournful sighs, drifting from field to field, Soaking the draggled sprays which the low hedges wield As they labour in the wet and the load of the wind. The last light is dimming. Night comes on behind. I hear no sound but the wind and the rain, And trample of horses, loud and lost again Where the wagons in the mist rumble dimly on Bringing more shell.

The last gleam is gone. It is not day or night; only the mists unroll And blind with their sorrow the sight of my soul. I hear the wind weeping in the hollow overhead: She goes searching for the forgotten dead Hidden in the hedges or trodden into muck Under the trenches or maybe limply stuck Somewhere in the branches of a high, lonely tree – He was a sniper once. They never found his body. I see the mist drifting. I hear the wind, the rain, And on my clammy face the oozed breath of the slain Seems to be blowing. Almost I have heard In the shuddering drift the lost dead’s last word: Go home, go home, go to my house, Knock at the door, knock hard, arouse My wife and the children – that you must do – What d’ you say? – Tell the children too – Knock at the door, knock hard, and arouse The living. Say: the dead won’t come back to this house. Oh… but it’s cold – I soak in the rain – Shrapnel found me – I shan’t go home again. No, not home again – The mourning voices trail Away into rain, into darkness… the pale Soughing of the night drifts on in between. The Voices were as if the dead had never been. O melancholy heavens, O melancholy fields! The glad, full darkness grows complete and shields Me from your appeal. With a terrible delight I hear far guns low like oxen, at the night. Flames disrupt the sky. The work is begun. ‘Action!’ My guns crash, flame, rock, and stun Again and again. Soon the soughing night Is loud with their clamour and leaps with their light. The imperative chorus rises sonorous and fell: My heart glows lighted as by fires of hell, Sharply I pass the terse orders down. The guns stun and rock. The hissing rain is blown Athwart the hurtling shell that shrilling, shrilling goes

Away into the dark to burst a cloud of rose Over their trenches. A pause: I stand and see Lifting into the night like founts incessantly, The pistol-lights’ pale spores upon the glimmering air… Under them furrowed trenches empty, pallid, bare…. And rain snowing trenchward ghostly and white, O dead in the hedges, sleep ye well to-night! 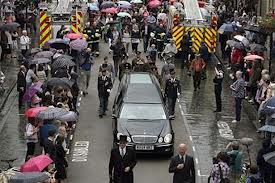 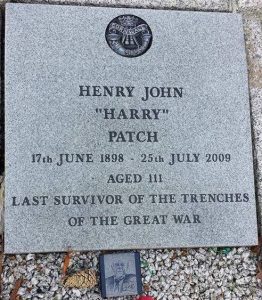