In a park, the terrorist kill.
Like many Veterans I have a picture or two, in my mind and on paper too, even this new-fangled thing, the computer memories back did bring, memories I had tried forgetting.
I see a bandstand blown apart, I see horses near a park, I see musicians playing for people’s joy, dead horses in the street like a rag doll toy, people I knew in the flash of heat and light, like the horses, terrorist ended the lives.
The pictures are in black and white, bodies of horses and musicians such strong remembered sights, the blood is black not life’s red, there is no picture of in a woman’s lap, a soldiers head.
There is no sound of the animals fear and pain, or the sudden stop of the music, the sound of death and the musician’s again, nor can you hear the screams, of the people in the street and the bandstand scene.
Seven horses died that day, four of their riders also passed away, Hyde Park on a summer’s day, 30lb (14kg) of nails in a car, a bomb, cowards at play, the nails to rip through flesh and bone, they didn’t care, they left the bomb then went home.
Not happy with just one, the cowards had another bomb, two hours later a band did play, Regents Park the same summers day, lunch time concert for the people to enjoy, music from Oliver, to over a hundred people or more.
They had crawled on the bellies under the stand; they knew all that would be there were musicians, a band, a bomb they laid with one thing in mind, what they term a spectacular, for the media something grand.
Terrorist murdered seven more, men of music the people did applaud, innocently doing their job, thirty musicians a soft target on the terrorist log, not one carried a gun, in times of need medics they become.
Now these terrorist walk our streets, only one faced our courts and did not stay free, though eventually he was released, along with another, bad handling by the police.
Now all these terrorist walk our street, they are not freedom fighters as a politician bleats, freedom fighters took the oath, to queens and country, politicians and lawyers should take note, time to defend those who gave a blank cheque, to fight and die for their country, this persecution, none of us did expect, stop it now, before there’s no time left to regret.
Derrick W Sole, 2016
Lest We Forget 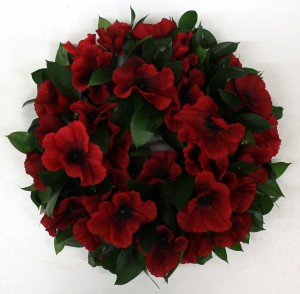 The Band who Played on this Tragic Day

The explosions killed 11 military personnel: four soldiers of the Blues & Royals at Hyde Park, and seven bandsmen of the Royal Green Jackets at Regent’s Park. Seven of the Blues and Royals’ horses also died in the attack. One seriously injured horse, Sefton, survived and was subsequently featured on television programmes and was awarded “Horse of the Year”. Sefton’s rider suffered post-traumatic stress disorder and in 2012 committed suicide after killing his two children.

In the year of 1987, Gilbert “Danny” McNamee was convicted of making the Hyde Park bomb and jailed for 25 years. He served 12 years before being released under the terms of the Good Friday Agreement; his conviction was later quashed. In the year of 2013, John Downey was charged with four counts of murder in relation to the Hyde Park attack; his trial began in the January of 2014 but collapsed the following month after a ruling upon a letter sent to him by police assuring him that he would not be prosecuted over the attack. No one has ever been charged in connection with the Regent’s Park bombing.

At approx 10:40 am, a nail bomb exploded in the boot of a blue Morris Marina parked on South Carriage Drive in Hyde Park. The bomb comprised 25 lb (11 kg) of gelignite and 30 lb (14 kg) of nails. It exploded as soldiers of the Household Cavalry, Queen Elizabeth II’s official bodyguard regiment, were passing. They were taking part in their daily Changing of the Guard procession from their barracks in Knightsbridge to Horse Guards Parade. Three soldiers of the Blues and Royals were killed outright, and another, their standard bearer, died from his wounds three days later. The other soldiers in the procession were badly wounded, and a number of civilians were injured. Seven of the regiment’s horses were also killed or had to be euthanised because of their injuries.

Explosives experts believed that the Hyde Park bomb was triggered by remote by an IRA member inside the park. The four men who died in the attack were Anthony Daly, Simon Tipper, Vernon Young, and Raymond Bright (in hospital three days later)

The second attack happened at about approx 12:55 pm, when a bomb exploded underneath a bandstand in Regent’s Park. Thirty Military bandsmen of The Royal Green Jackets were on the stand performing music from Oliver! to a crowd of 120 people. It was the first in a series of advertised lunchtime concerts there. Six of the bandsmen were killed outright and the rest were wounded; a seventh died of his wounds on the 1st of August. At least eight civilians were also injured. The bomb had been hidden under the stand some time before and triggered by a timer. Unlike the Hyde Park bomb, it contained no nails and seemed to be designed to cause minimal harm to bystanders. The seven men who died were Graham Barker, Robert Livingstone, John McKnight, John Heritage, George Mesure, Keith Powell and Laurence Smith. 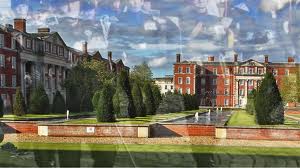 A total of 22 people were detained in hospital as a result of the blasts: 18 soldiers, a police officer, and three civilians. The IRA claimed responsibility for the attacks by deliberately mirroring Prime Minister Margaret Thatcher’s words a few months before when Britain entered the Falklands War. They proclaimed that: “The Irish people have sovereign and national rights which no task or occupational force can put down”. Reacting to the bombing, Thatcher stated: “These callous and cowardly crimes have been committed by evil, brutal men who know nothing of democracy. We shall not rest until they are brought to justice.”

The bombings had a negative impact on public support in the United States for the Irish republican cause.

Sefton, a horse that survived the attack at Hyde Park despite suffering serious wounds, became famous after appearing in many television shows and was awarded Horse of the Year. Sefton’s rider at the time of the bombing, Michael Pedersen, survived but claimed to suffer from post-traumatic stress disorder; after splitting from his wife he committed suicide in the September of 2012 after killing his two children.

A memorial marks the spot of the Hyde Park bombing and the troop honours it daily with an eyes-left and salute with drawn swords. A plaque commemorating the victims of the second attack also stands in Regent’s Park.

The character Joe in the 1993 play Our Boys is a survivor of the Hyde Park bomb attack.

In the of October 1987, 27-year-old Gilbert “Danny” McNamee, from County Armagh, was sentenced at the Old Bailey to 25 years in prison for his role in the Hyde Park bombing and others, despite his plea that he was not guilty. In December 1998, shortly after his release from Maze prison under the Good Friday Agreement, three Court of Appeal judges quashed his conviction, deeming it “unsafe” because of withheld fingerprint evidence that implicated other bomb-makers. They stated that though the conviction was unsafe it did not mean McNamee was necessarily innocent of the charge.

On the 19th of May 2013, 61-year-old John Anthony Downey, from County Donegal, was charged with murder in relation to the Hyde Park bomb and intending to cause an explosion likely to endanger life. He appeared by videolink from Belmarsh prison for a bail hearing at the Old Bailey on 24 May and did not apply for bail so was remanded in custody. At a hearing on the 1st of August 2013, Downey was granted conditional bail and a trial was scheduled for January 2014.

On the 24th of January 2014, Downey appeared at the Old Bailey for the beginning of his trial; he entered a not guilty plea on the four murder charges and the charge of intending to cause an explosion. On the 25th of February 2014, it was revealed that Downey’s trial had collapsed after the presiding judge had ruled, on the of February, upon a letter sent by the Police Service of Northern Ireland to Downey in 2007, assuring him that he would not face criminal charges over the attack. Although the assurance was made in error and the police realised the mistake, it was never withdrawn, and the judge ruled that therefore the defendant had been misled and prosecuting him would be an abuse of executive power. Downey is one of 187 IRA suspects who received secret on-the-run letters guaranteeing them unofficial immunity from prosecution

Dave Timms seen with the crutches paying his respects, survived the band stand bombing, he is now works within the RGJRA and is also the UK representative of the QBBC Band and Bugles